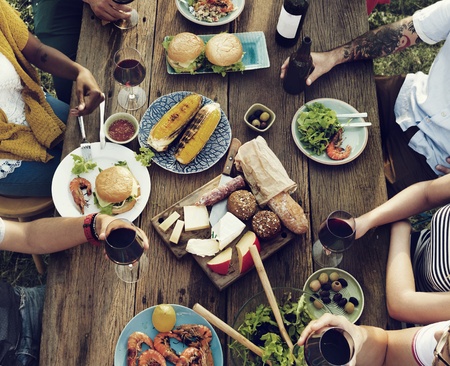 With Memorial Day behind us, we officially embark on picnic season. The season where food is taken outside and well, let’s be honest, not always prepared and chilled as it should be. My mother would tell you this became my biggest pet peeve after finishing my first year of graduate school. I took a food safety class and it really made me start to think about what can happen when we do not handle our picnic foods properly.

Even though foodborne illnesses are preventable, they contribute significantly to the cost of health care. They also present a major challenge to certain groups of people. Although anyone can get a foodborne illness, some people are at greater risk. For example:

Food hazards, including germs and chemical contaminants, can enter the food supply at any point from farm to table. Most of these hazards cannot be detected in food when it is purchased or consumed. In addition, a food itself can cause severe adverse reactions in people who are allergic to it. In the United States, food allergies are a significant concern, both among children under age 18 and some adults.

It is important for people to understand how their behavior and activities contribute to the safety of food and how they can decrease the risk of foodborne illness. From processes on the farm to practices in the kitchen, human activities play an important role in food safety. We face many challenges in keeping our food safe.

The food industry is challenged by:

Consumers are challenged by:

As noted by Better Homes and Garden magazine, follow the same basic steps to keeping food safe in the kitchen for keeping outdoor picnic food safe. We show you how cleaning, separating, cooking, and chilling food helps to keep picnic food safe and spoil-free.

Keep the Food Clean: When preparing food for your picnic, clean your hands and prep surfaces often. Moist towelettes or soap and water will do the trick.

Separate Raw and Cooked Food: To avoid cross-contamination among different picnic foods, bring plenty of plates and utensils along. Designate some plates for handling raw foods and the others for handling cooked foods. Keep uncooked meats, poultry, fish, and shellfish separate from other foods and transport in tightly sealed bags or containers; pack them at the bottom of the cooler so that juices from these foods do not drip onto other foods.

Cook Picnic Food Properly: Use a food thermometer to make sure your foods are cooked to a safe internal temperature, and don’t partially cook or grill food with the intent of finishing the cooking later.

Chill Picnic Food: When packing food into your picnic basket or cooler, remember these tips for keeping it at the right temperature:

Let’s make sure that our friends and family do not become the 1 in 6 who get sick from eating contaminated food. 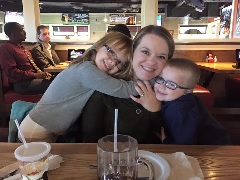