Wine and Its Health Benefits

Wine and Its Health Benefits

Whether you’re a total wine lover who knows the difference between the base notes of Cabernet Sauvignon and Pinot Noir or just enjoy pouring yourself a glass after a long day, you can probably attest to how great a good glass of vino really is. It’s no wonder that ancient Greeks used to consume plenty of the good stuff, and millennials are following suit, apparently. You’ve probably told yourself that choosing red over white is taking the booze “high-road” in the name of your health, right? Well, kind of, but it’s not quite that simple. Read on so you never have to second guess that second (or third) glass again.

1. It cuts your risk of disease. Red wine contains resveratrol, which is basically the magic elixir that makes wine so beneficial. It’s been tied to a lower risk of heart disease, stroke, and dementia.

2. It’s good for your skin. Reservatrol can also slow the growth of acne-causing bacteria and may also give you glowing skin. (Hello, girls’ night and buh-bye breakouts!)

3. It helps you chill out. Reservatrol also stimulates the release of the stress-response protein PARP-1, which activates genes that are responsible for repairing DNA and promoting longevity.

4. It strengthens those pearly whites. While a glass of red wine may temporarily turn your teeth (and tongue and lips) a little purple, it actually has some healthy mouth benefits. Wine contains polyphenols, which studies show helps block harmful bacteria from attaching to teeth.

5. It can aid in digestion. All those polyphenols are actually pretty hard to digest. This sounds like a bad thing, but a Spanish study found that they actually feed the good bacteria in your gut.

6. It could help you lose weight. Just listen to the positive results from these studies: one from Washington State University shows that resveratrol helps transform “white fat” into “beige fat,” the latter of which is easier to burn. Another by Harvard University looked at 20,000 women over the course of 13 years and found that those who drank two glasses of wine daily were 70 percent less likely to be overweight. Plus, other research found that resveratrol also helps suppress your appetite. Bam.

7. It could even boost your workout performance. Say what?! Really—two studies have shown that resveratrol may mimic exercise in the body and boost workout performance (see, told you it was magic). However, the studies were done on rats, not humans, and they show that it takes a lot more resveratrol than you’ll find in one glass of wine to reap the benefits. In one glass of red wine, there’s only about 0.29 to 1.89 milligrams per 5 fluid ounces (a serving), says Lauren Schmitt, registered dietitian, certified personal trainer, and owner of Healthy Eating And Training Inc. This is much less than 146+ milligrams used in the study. Which means, yeah, you’d have to get pretty smashed on Syrah before seeing any performance improvements (and your intoxication and the subsequent hangover would probably negate all that anyways).

To reap some of the benefits of red wine, you have to drink a lot, and heavy drinking comes with a ton of downsides, like an increased risk of breast cancer. It’s best to limit yourself to one glass a day (even though we know it’s tempting to down half the bottle). Plus, wine is also loaded with sugar (Remember, it is made of grapes.); so choose dry wines before sweet to help cut down on the sweet stuff a bit. Aaannddd sadly, some wine-focused research has been under fire for fabrication. Sigh.

Make note of your wine-drinking habits: here are 5 Common Red Wine Mistakes You Might Be Making that could turn this elixir of life into something not-so-healthy. 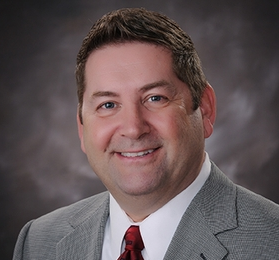